Despite being a relatively small country, Ireland has many beautiful places worth visiting. Most of those who travel to Ireland only stay in Dublin, which is a wonderful city, but it doesn’t represent the country’s charm. To understand how truly beautiful Ireland is, you need to go outside the cities, along the coasts and into the countryside, to see all the breathtaking places this country has to offer. Here are 5 amazing places in Ireland that you should visit on your next trip to the country:

The Aran Islands are a group of three islands- Inishmore, Inishmaan, and Inisheer- located on the west coast of Ireland. With a very small population of about 1200 people, these islands are renowned for their beautiful landscapes, fishing industry, local traditions, and, most notably, Aran sweaters. Back in the day, Aran sweaters were hand-knitted by local women for their husbands who went fishing in the sea. What once was a thick, heavy garment meant to protect from the cold, storms, and other harsh natural elements is now a popular item of clothing worn by both men and women all over the world. If you plan on visiting the Aran Islands, make sure to buy an authentic local sweater, but if you choose to stay at home because of the pandemic, check out Tara Irish Clothing for Irish sweaters.

The Sea Cliffs of Moher, in Ireland’s southwest, are one of the most popular tourist destinations, with more than 1.5 million visitors per year. These cliffs once served as a promontory port, stretching for eight kilometers down the Atlantic and rising to a height of 214 meters at their highest point. It is the perfect destination for those who want to feel the breeze of the Atlantic Ocean in their face and to see the spectacular landscapes that many refer to as “the edge of the world”. Be sure to stay long enough for the sunset: the view is breathtaking and you will undoubtedly remember it for the rest of your life. From these cliffs, the visitors can see many other tourist destinations of Ireland, such as the Aran Islands, the Loop Head, and the Maumturks and Twelve Pins mountain. There are also cafes, shops, and hotels nearby, so you won’t have any trouble finding a spot to rest or eat out.

The Killarney National Park was created in 1932 and it was the first national park in Ireland. It is located near the town of Killarney in County Kerry and has an area of around 102.89 km2. These days, the main objective of the Killarney Park is natural conservation; it has a diverse ecology, with many types of rare plants and trees, as well as a vast variety of rare unique species of animals, including the only red deer in the whole country of Ireland. While there, make sure to visit the Muckross House as well. This mansion was built in the middle of the 19th century in the Tudor style and over time it served both as a residence and as a vacation house for a number of important Irish personalities. Today, it is known for its beautiful architecture and the surrounding gardens.

The Ring of Kerry is a circular tourism road in Ireland’s south-western region that features some of the country’s most scenic views. It is a common day trip and route for tourist buses and other tours, measuring 179 kilometers (around 111 miles). The major attractions of this trip are the Gap of Dunloe, the Dunloe Ogham Stones, Torc Waterfall, Rossbeigh Beach, Derrynane House and many other highlights, both natural and man-made. The whole trip may take up to three hours, but the key reason to go to the Ring of Kelly is to stop and admire the beautiful landscapes in that part of the country. Overall, it is a perfect trip for those who don’t have many vacation days in Ireland but want to see as many attractions as possible.

The Bunratty Castle is a national monument of Ireland built in the 15th century in Bunratty village in County Clare. Its Irish name means „Castle at the Mouth of the Ratty” and suggests the connection between the castle and the river nearby, „Ratty”. The castle is the best-preserved medieval fortress in Ireland. Over time, it served as the residence for many well-known Irish families, such as MacNamara, O’Brien, Studdert, and several others. After the ceiling of the Grand Hall collapsed in the late 19th century, the castle was almost in ruins for more than half a decade, and it was only in 1956 when it was purchased and restored by Standish Robert Gage Prendergast Vereker, 7th Viscount Gort. In 1960, the castle was first opened to the public, and to these days it remains an important monument of Irish history and culture.

How to Build an Effective CV?

Export 101: Here's How World Sea Ports Are Connected to Each Other to Deliver Your Cargo Efficiently 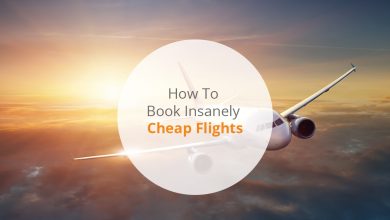 How to Use a VPN to Find Insanely Cheap Flights Why tour packageisan essential one?